Best known for her role as Jessica Fletcher, the feisty detective in the TV series Murder, She Wrote, Angela Lansbury’s career has spanned an incredible seven decades – and now at the age of 92, she’s returning to our screens as Aunt March in the three-part BBC One adaptation of Louisa May Alcott’s 1868 novel Little Women.

Set against the backdrop of a country divided by Civil War, the story follows four sisters Meg, Jo, Beth and Amy March on their journey from childhood to adulthood.

Angela has two grown-up children, Anthony and Deidre, with the late actor Peter Shaw, and divides her time between homes in Los Angeles and Ireland. Here she tells woman&home about her “hard-edged” new role, working into her nineties and her joy at becoming a great-grandmother…

We’ve all seen versions of Little Women before, but there’s something particularly special about this one. Right now, women are playing such an active role in every aspect of life, from politics to sport – we’re having our moment – and that’s reflected in this production. Women have been on board in every area from the writing by Heidi Thomas [Call the Midwife] to the directing by Vanessa Caswill [Thirteen]. It means we’re going to see certain qualities and representations of women that haven’t been seen before. And it’s about time too. 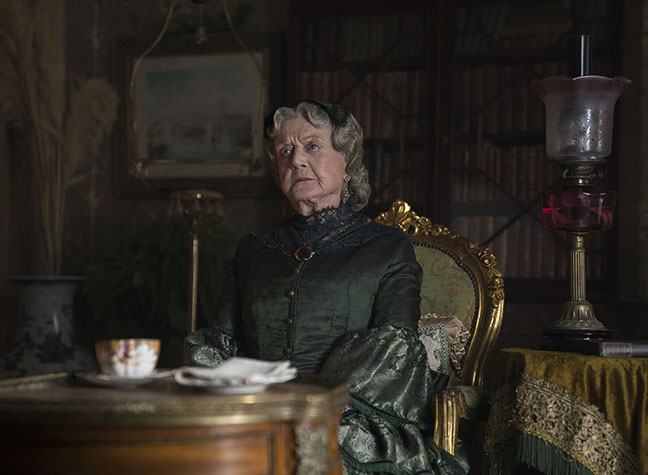 My character, Aunt March (pictured above), is an awfully hard-edged old girl. She’s very particular, hard to please and often quick-tempered. But she’s also incredibly strong, like all the March women who manage to keep going through this very difficult period in history – and I do admire that. I think all of us women share that quality, even if we don’t realise it.

It’s so easy to become pigeonholed, but I’m a big believer that you have to be prepared to jump when you have the opportunity to do something a bit different. Perhaps that’s why, at 91 [Angela’s age when we spoke to her], I’m still working! I’ve made a point in my career of doing things that make some people say, “Oh no, I definitely don’t want to do that.” Because sometimes it just feels right, even if it doesn’t seem to make a lot of sense. We should never be afraid to be adventurous.

One of the biggest joys for me right now is my family. I’ve just become a great-grandma for the first time (it’s my grandson Peter’s first child) – now that feels pretty wonderful. And of course I’m doing all the spoiling. If there’s one thing I want more time for at this stage of my life, it’s them.

– By the time Angela was 20, she had already received two Oscar nominations.

– Aged 40, Angela got her first title role in the musical Mame for which she won a Tony Award.

– Angela was the voice of the singing teapot Mrs. Potts in the Disney film Beauty and the Beast.

– Queen Elizabeth II made Angela Lansbury a Dame at Windsor Castle in 2014.

Little Women is on BBC One in December. Read the full interview with Angela Lansbury in the January issue of Woman & Home, on sale now.