Woman & Home is supported by its audience. When you purchase through links on our site, we may earn an affiliate commission. Here’s why you can trust us. 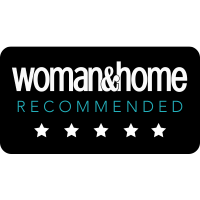 Why you can trust Woman & Home Our expert reviewers spend hours testing and comparing products and services so you can choose the best for you. Find out more about how we test.

There’s a certain expectation when a blender is billed as ‘super’ and, fortunately, Sage’s the Super Q lives up to its name. That’s because not only does it deliver on capacity and power (with a two-litre jug, and a massive 2400W motor), but it also comes with a variety of functions covering everything from milling to chopping, as well as a series of versatile programmes. All of this makes it the perfect partner for keen cooks or those who love to cater for a crowd, and also help to set it firmly among our own pick of the best blenders (opens in new tab) available in 2020. For those who live life on the go and are looking for the best blender for smoothies (opens in new tab), this blender can also operate as your own personal smoothie maker, as it features a separate lidded 700ml cup and blade assembly for small batches.

Of the blenders we tested, the Super Q was, at almost £600, the most expensive of our top picks by far. For this reason, it’s probably only one to buy if you’re sure you’ll use it frequently and that you will really get the most out of its functions. You can buy it either direct from Sage, or from retailers such as John Lewis, Harts of Stur or Amazon (where it’s sometimes as much as £100 cheaper, so do keep an eye out for deals).

Described as a commercial-grade blender for a home kitchen, it’s no surprise that the Super Q’s styling is both professional and practical. Its brushed stainless-steel finish and sleek controls are easy to wipe down, the 12-speed dial is chunky and solid and the BPA-free jug and cup feel robust without being weighty. The jug drops onto the base in any position, so there’s no need to twist it in, and the lid clips on securely at three points, with a loop so it can be removed in one motion. Inside, there are four serrated blades capable of a dizzying 300km/h, meaning you can expect a faster smoothie. Plus, at the back, there’s integral cable storage to prevent its 1m length trailing across the worktop. In the box, you’ll find a tamper (that’s designed to use with frozen foods) and a spatula, but no recipe book – one can, however, be downloaded online.

Powerful blenders tend to be noisy, especially when operating at high speeds. This is why the designers of Sage’s the Super Q have tried to do something about it – specifically, by including noise-suppression technology. While this doesn’t exactly make it whisper quiet – midnight smoothies aren’t a reality yet – the noise is less jarring than that produced by many other machines out there. And because it’s a powerful machine, there’s no need to blend for a long time, either, making it kinder to your ears all round.

The control panel is pretty packed – there are five buttons for programmes, one for the self-cleaning programme, one for the countdown timer, the power and pause – but as all are clearly named, it doesn’t feel overwhelming. The variable speeds are controlled by the dial, and shown on an LCD screen. This also lets you keep an eye on how long you’ve been blending with a count-up timer. Helpfully, the base recognises whether the jug or cup has been attached so there’s no need to worry about getting blending times wrong.

the Super Q blender didn’t struggle with any of the blitzing tasks it was given. Its dedicated green smoothie button used a mix of high and low speed to remove all traces of fibres and spinach flecks, and, as we also used the blender’s optional Vac Q vacuum pump to remove air before blending, it wasn’t too frothy. The ice crush programme was equally efficient, requiring less than 30 seconds for evenly crushed snow. We also made soup using its pre-programmed button, which (intentionally) heated the mixture as it blended using the friction from its blades. The result was evenly smooth and steaming hot soup that was ready to eat (as opposed to scalding).

While the plastic jug of the Sage the Super Q blender is deceptively light – making it great for pouring out thick mixtures – the base unit is weighty. Together they’re close to 7kg, so it might be best to tuck the machine at the back of a worktop when not in use.

Wondering how to clean your blender? (opens in new tab) There are two easy ways to clean up when you’re finishing blending – either in-situ with the self-cleaning programme or, for a deeper clean, in the dishwasher, as all parts are dishwasher safe. Washing by hand is straightforward too, but you may need to invest in a brush to clean around the jug’s ultra-sharp blades.

There’s a good 10-year guarantee (covering repair, replace or refund) on Sage’s the Super Q blender, ensuring at least a decade of pro-style blending ahead of you.

Summing up… the Super Q blender from Sage

the Super Q is a blender that doesn’t compromise on power, performance or programmes. However, the price tag is higher than some premium machines. Be aware that you’re unlikely to get the full value out of it if all you plan to do is make the occasional margarita. However, where it’ll come into its own is if you blend frequently in a family household, want to eat more healthily with fresh smoothies, soups and frozen desserts, or if you enjoy cooking – and need a blender that’s got more super powers than most.

Rachel Ogden is a UK-based freelance journalist with more than 20 years’ experience of writing, editing and sub-editing. For the last 13 years, she has worked exclusively in interiors, writing about everything from extending your home to kitchen worktops, flooring, storage and more.

She has worked for a huge swathe of brands, including Woman & Home, Ideal Home, Elle Decoration, Real Homes, Grand Designs, Living Etc25 Beautiful Homes, The Evening Standard, The Independent and many many more. She was also shortlisted for Lifestyle & Interiors Journalist of the Year in the 2018 Property Press Awards.