Meghan Markle and Prince Harry have been dating for just under two years, but it looks as though the pair are soon set to experience a major relationship milestone together this festive season.

According to Closer, the Queen has reportedly already asked the Suits actress to come and celebrate Christmas with them.

If true, it will mark the first time Meghan has spent the special day with Harry and his family since the pair became an official item in 2015. In comparison, it’s said that the Duchess of Cambridge didn’t enjoy a royal Christmas until she married Prince William in 2011.

Should Meghan take up the invitation, she’ll be joining the Queen, Prince Philip, Charles, Camilla, and the rest of the family at the monarch’s Sandringham estate, where she traditionally spends Christmas every year. 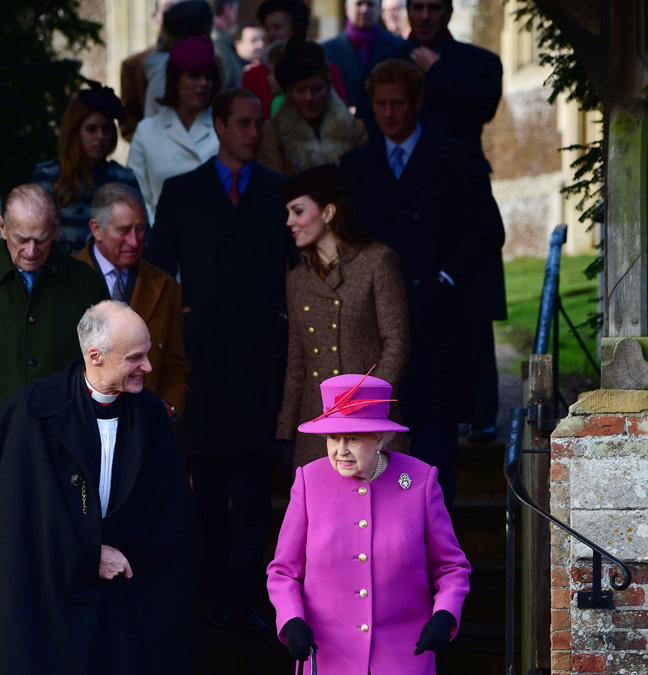 (Will Meghan be joining the family at Sandringham this year?)

However, it seems the 36-year-old has one slight concern about spending the big day with boyfriend Harry. If she’s to spend Christmas in the UK, it’s said that she worries about leaving behind her mother, Doria, thousands of miles away in Los Angeles.

However, it seems Catherine has actually stepped in and come up with a handy solution to the problem for her brother-in-law’s girlfriend.

According to a source speaking to Closer, “Kate’s offered to put Doria up in a guest bedroom at Anmer Hall” – which is of course the Norfolk home the Duchess shares with her children Prince George, Princess Charlotte, and husband Prince William. And apparently, she’s extended the kind gesture because she completely understands the nerves around spending Christmas with the royal family for the first time.

Reportedly, “Kate was a bag of nerves the first time she did Christmas with the royals, so she knows exactly how daunting it must be for Meghan.”

Although this will be Meghan’s first Christmas celebration with the family, it’s reported that she has met her boyfriend’s grandmother, the Queen, already. According to the Daily Mail, she and Harry attended an afternoon tea at Buckingham Palace with the Queen just recently – adding to further speculation that the pair are soon to announce their engagement.